Established in 2010
Fat Buddha came to the East Village to show people how to reach enlightenment through great food, drinks, company, and music.

Our Kitchen is Open: Sun-Wed from 5pm till 2am, Thur-Fri from 5pm till 3am, Sat from 8pm till 3am. We are available for Special Events on Saturdays and Sundays during the day, or during the week. Fat Buddha is great for After-Work, Dinner, and Late Night.

We serve some of the best Korean and Asian inspired dishes in NYC. We also have the Best DJs in the world coming through and performing as well. Who doesn’t want to eat delicious food while hearing great music? We hope you can join us!

Home to one of the best happy hours and the Wednesday night Left Coast party, featuring all the best west coast jams, Fat Buddha is a standout in the midst of the crust that is now the East Village. So if you’re looking to avoid bros and all their shrill-voiced heauxs, drop in and hit your dougie around the giant island bar. It’s probably the only place you’ll hear some Nate Dogg past 1st avenue.

At Fat Buddha, an East Village Asian-fusion ultra-dive, the eponymous Buddha (corpulent, imperious, swathed in mini disco balls, and encased in a glass box stuffed with cash) looks like a reincarnated bouncer who opted for an off-book route to enlightenment: namely, booze, hip-hop, and a jovial no-holds-barred policy on happy-hour pork buns. Nestled comfortably at the back of his cavernous temple, next to the d.j. deck, he has a bird’s-eye view of the bar, with its toddler-sized soju bottles and posters touting “Wu Wednesdays.” The Buddha asks, via a framed bulletin, that visitors abide by a few select precepts: Don’t be a Dick; Don’t be Creepy; Please Tip. His disciples, of course, are many and diverse. On a recent evening, they ranged from an elderly Asian pair gnawing on some golden-brown honey-ginger wings to a lesbian couple with pastel ombre hair and two newcomers, one of whom complained impoliticly that there was a troubling lack of “manly liquor.” His friend happily ordered, from a colorful chalkboard menu entitled “Drunk Tank,” the Mango Blast (a revised margarita that tasted suspiciously similar to Crystal Light) and, shortly thereafter, the Fluzzy (strawberry purée, rosé champagne). Near the end of the night, a Kimchee Back (whiskey shot, kimchi-juice chaser), while not quite the “deadly venom” the menu had cautioned, inspired some genuine soul-searching about the nature of Nirvana. Is it a state? Could it be a place? Two friends debated the subject over a steaming bowl of vegetarian bibimbap, but it wasn’t until a round of lychee Martinis that they attained anything close to enlightenment.

Coming this May! 🐯 . Our entrances will be @caf

PEACE ✌ Much love to all our Ukrainian family an

🏂💨 When we collaborated with @pax_official #

Thanks to everyone who pulled up last night! Thank 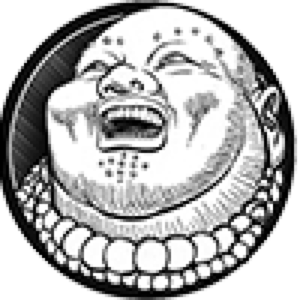 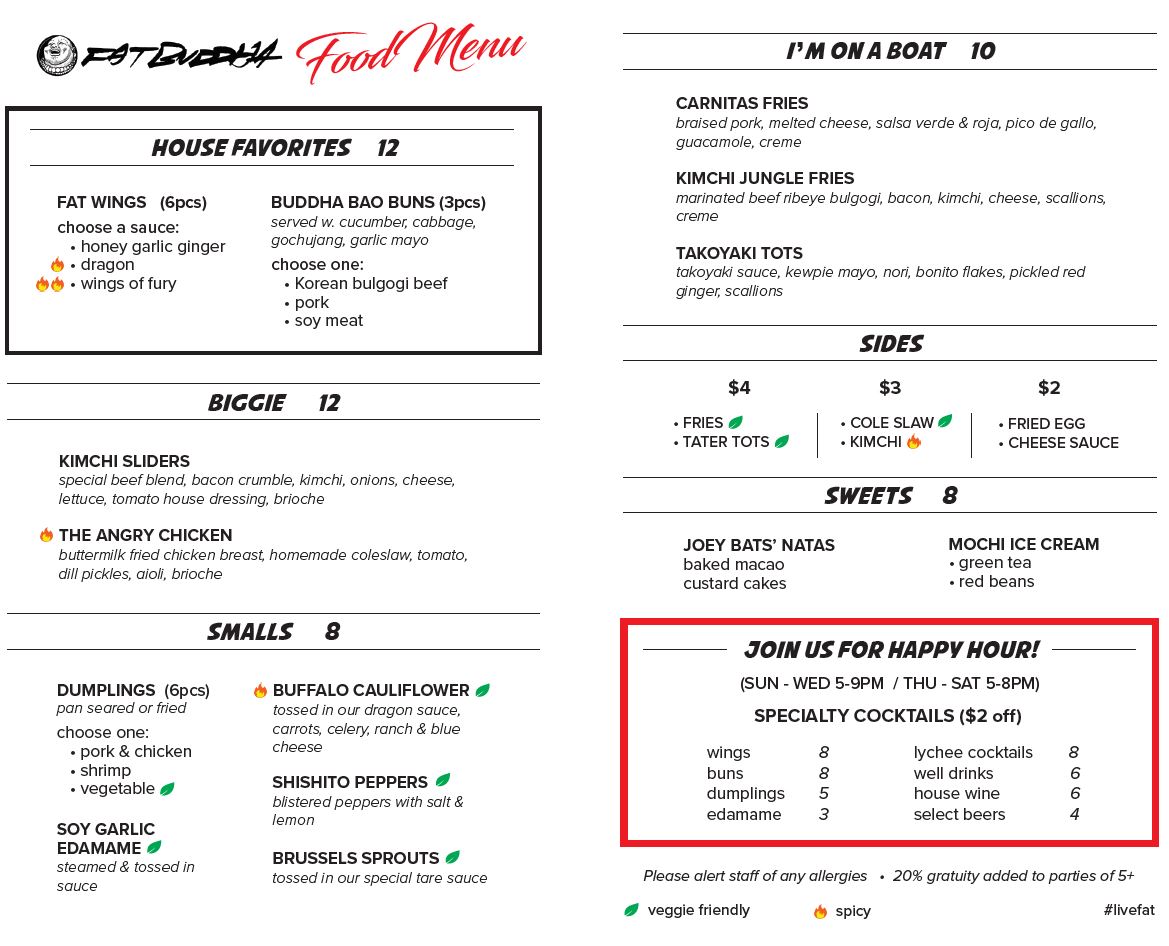 * Only available at the bar & not during special events

For dinner and bottle service reservations please email us at events@fatbuddhabar.com